Especially in the summer period of the year, LED en LCD displays suffer of bad readability when placed outside. In these emissive displays, high contrast has to be achieved by enhancing the emissive power for a specific area, or pixel of a display excessively.

Non-light-emitting displays, also called reflective displays use the ambient light to reflect from the display. That means that the available light falls on the display surface and reflects back on the eye of the observer, resulting in excellent readability, without draining the battery or raising the energy bill.

Much better performance is realized with the CMY color mixing, similarly to printing, which is used in the EWD technology. In CMY the color selection is performed by three layers of oils with respectively cyan, magenta and yellow behind each other. Every layer has pixels which can be switched to absorbing or non-absorbing state. The whole surface area reflects the appropriate component of the light resulting in highly saturated colors with great contrast as demonstrated in the full color prototype of Etulipa.

To enable high quality video messaging, the display technology requires a high frame rate. The EWD technology has the intrinsic capability to switch the droplets at high speed, so that enables video messaging. 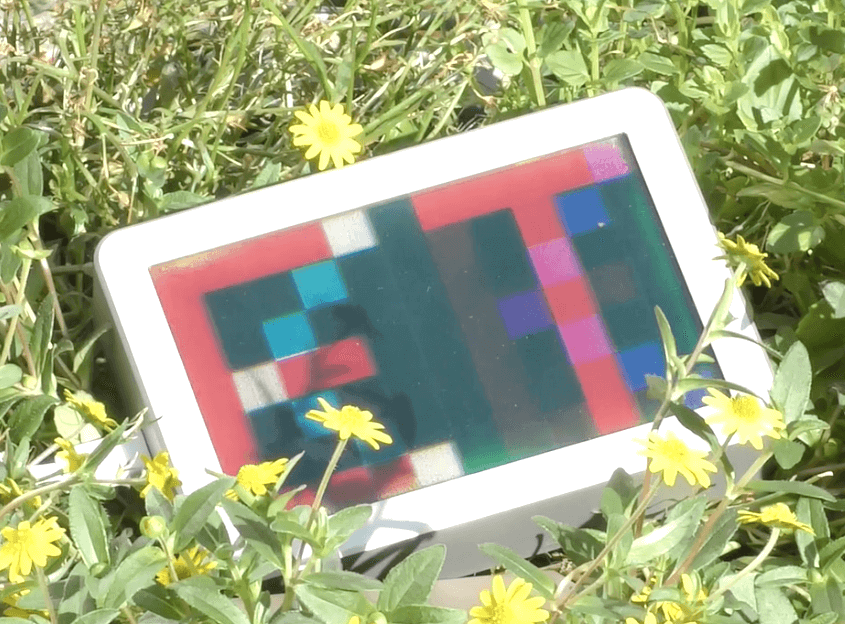 Last year, Etulipa announced the cooperation with their production-partner to start mass production of the display tiles based on the reflective Electro Wetting Display (EWD) technology.

At the IMID conference, Busan, August 28-31 2018, in South Korea, Etulipa spoke about the excellent performance of reflective color displays, based on the Electro Wetting Display technology.

This year our Vice President Doeke Oostra is invited again to speak at the Electronic Display Conference in Nuremberg. It is already the third time that he can perform there.

Want to be kept up to date?

Subscribe to our newsletter and we will keep you updated on news and developments.

Etulipa is transforming the world of outdoor digital communication with Electro Wetting Displays that ‘stand out naturally’. Would you like to know more about Etulipa or EWD technology?